Moe once confirmed that when Curly forgot his lines, that merely allowed him to improvise on the spot so that the "take" could continue uninterrupted:
“ If we were going through a scene and he'd forget his words for a moment, you know, rather than stand, get pale and stop, you never knew what he was going to do. On one occasion he'd get down to the floor and spin around like a top until he remembered what he had to say. ” 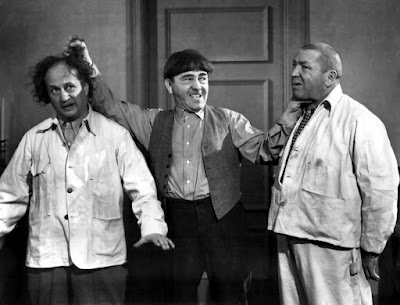